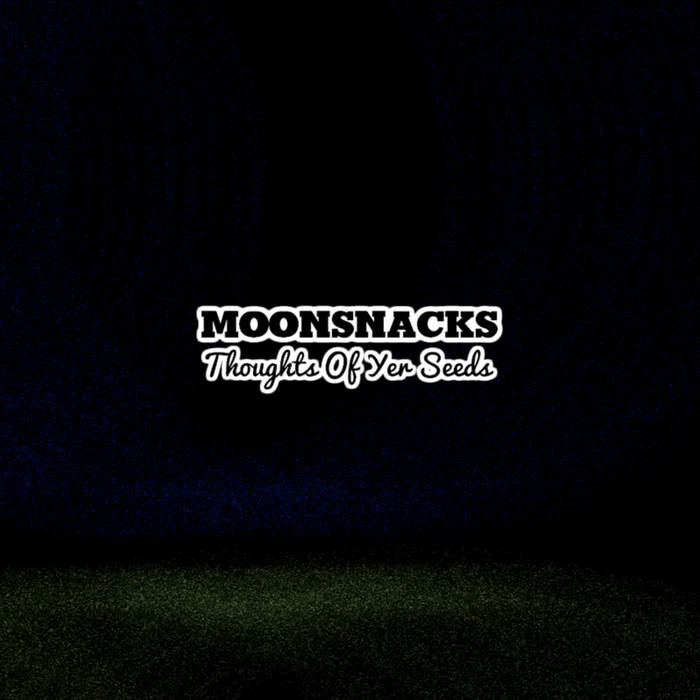 All but tracks 3 and 5 are from one-take improvised recordings. What does that indicate? It indicates a man sat in front of a microphone with only a guitar and an articulated brain (and probably some quality cannabis) and came up with these melodies and lyrics. He then recorded layers of music on top of these improvisations and deemed them good-to-share. Some words were missed and notes ungraced, but, like handmade bowls, the beauty is in the gleams of spontaneous creation.

Also featuring a bit of spontaneous character, the track "Get On" experienced a technical blip during recording, making further editing impossible. The man responsible would have liked to continue editing it, but the song had reached a contented state of existence.

What about those two tracks that weren't improvised, why are they here on this album of post-production improvisations? Well, their recording behaviour came along with the rest and they have a fit within the group, so clever exceptions were made to allow these two pre-written hooligans on the bus.

The man responsible recommends headphones for this album (and probably some quality cannabis).

Peace and Thanks and Enjoy.

The man responsible does not work alone, much to the dismay of his anti-social behaviours. Although responsible for the breadth of the album, he brings aboard the very gifted Sean and Jordan on the track "Neon Sunshine." The two gentlemen offer great vocals and Jordan also offers great lead guitar work.

Any time there is an in-studio collaboration, the collaborators inevitably end up contributing not only their recordings, but also an ear in the mix. I remember Sean saying, "Shouldn't we turn the backup vocals down?" "But you sing so well!", I thought. "We should turn everything else down to highlight the vocals!" Jordan, I remember, took a shine at playing with the volume automation like a scientist sitting in front of data, making out the overall effect of millimeters of change.

If all goes well, Neon Sunshine will also appear on the next studio album that will be entirely pre-written songs and released under a different, yet-to-be-determined project name.

Measure 80, the electro-documentary on Oregon's legislation to legalize cannabis, features audio from a City Club of Portland debate between Paul Stanford (yay) and Joshua Marquis (nay). The video of the debate is on YouTube at /watch?v=b1LanOUiYPk.

The track Slowly was written by my grandpa Tommy Hill many moons ago and made famous in old country circles by Webb Pierce in 1954. Check out the original version on YouTube: www.youtube.com/watch?v=jakdEKW88HI

Indie rock, indie folk and electro jams. Having a blast. Check out my music videos on YouTube!

Guest hosted by Tamar Osbourn aka Collocutor and Toshio Matsuura.